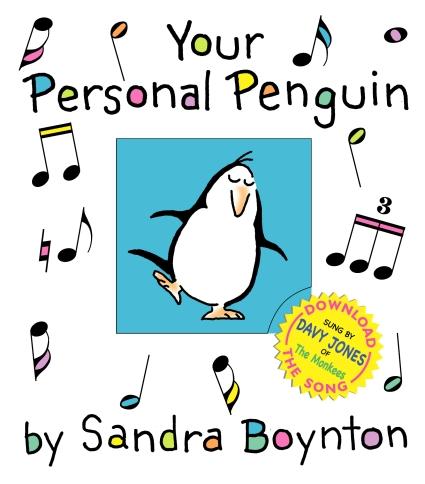 Earlier this year, my two-and-a-half-year-old twin boys Harry and Luke were diagnosed with autism. I knew something was wrong, but nothing could have prepared me for hearing those words.

For awhile I was in a sickening fog. I'm a stay-at-home mom who freelances, so until the therapists were in place, I was alone with two children who were ostensibly the same children I had parented the days, weeks, and months before, but who I no longer felt qualified to parent. All first-time parents suffer from imposter syndrome, but this was a morbid case. I was choking, sometimes literally, from the desperate feeling that I was failing my children.

I still haven't fully adjusted. That will take some time. Maybe a lot of time. But there was this one day that something clicked into place.

That morning I had tried to interest Harry with a puzzle. Then Lego. Then blocks. Then dinosaur toys. Not only did he not make eye contact with me or play with any of the toys, but he cried and threw his body against the ground in protest.

He just wanted to say his alphabet in a corner, picking the magnetic letters off the A/C unit, one at a time, bringing them close to his face to look at, then away again to examine at a distance, before returning them to their correct place in the ABC lineup.

"Mama loves you, Harry," I whispered, kissing his cheek, desperate to win a second of his attention. He ignored me.

Luke grabbed my hand and took me away to the computer, placing it on the table next to the trackpad; his way of requesting a cartoon.

"Show," he whispered, all the time staring at the screen.

"No," I said. "We already watched Elmo, let's do something else."

The tantrum lasted more than an hour. I timed it. He threw every toy in the apartment on to the floor. He turned off all the lights over and over again. He pulled all the cushions and blankets off the beds and couch, the linens off the shelves. He upended his cup of dry cereal and dumped out his water cup.

But when Luke tossed his brother's magnetic alphabet letters and the sobs and cries of both of them became too much for me to bear, I turned on Elmo--knowing full well that I was teaching him the wrong lesson--sat down on the bathroom floor with the door closed, and cried.

That night, when it was time for a bedtime book, more to soothe myself than anything else, I grabbed "Your Personal Penguin" by Sandra Boynton and started singing:

You're funny, and kind.

So let me explain

what I have in mind.


I want to be your personal penguin.

I want to walk right by your side.

I want to be your personal penguin.

I want to travel with you far and wide.

Probably every family has one of these books. My wife Janet and I downloaded the (free!) Davy Jones recording of the song and learned it when they were less than two months old. We've been singing it once or twice a week as a bedtime ritual ever since. I always sing the melody and she does these funny musical instrument vocalizations.

Both of them calmed instantly. Harry sat on my lap; Luke on the ground. They smiled wide and looked right at us, swaying to the song and mouthing some of the words, laughing when my wife made particularly funny horn sounds. When we finished, Luke clapped and giggled: "Ah-gin, Ah-gin!" and we sang it again, twice more.

After we kissed them goodnight and shut the door, I found myself still clutching the book in my hands, overwhelmed with a feeling of profound gratitude.

I'm a lifelong bibliosoph who always pictured idyllic motherhood as reading to kiddos tucked under the covers. I'm more committed than ever to instilling in my children a love for books. This blog will chronicle that journey in the form of book reviews with a personal twist.

I hope others who care for children with autism, or adults on the spectrum, will comment with their own perspectives. I know, from firsthand experience, that children with autism are all very, very different, and more voices will make this blog a better resource.

I hope you'll join me.

What we love about this book:

1. From the fabulous blog ABC: Autism, Books & Children: "...The musicality of language and its implications for the autistic community are worthy of further study. Temple Grandin notes in The Autistic Brain: Thinking Across the Spectrum, 'Again and again I've heard from parents and teachers that they taught kids to talk through singing, and I wondered if there was a scientific basis for this relationship.' Research indicates that the regions in the typical brain responsible for music and language appear to overlap..." (retrieved 6//25/15)↩

2. Researchers have demonstrated that kids with autism can see motion better than their typical peers if images have high-contrast. They said: "Although this could be considered advantageous, in most circumstances if the neural response doesn't stop at the right level it could lead to sensory overload." (retrieved 6//25/15)↩