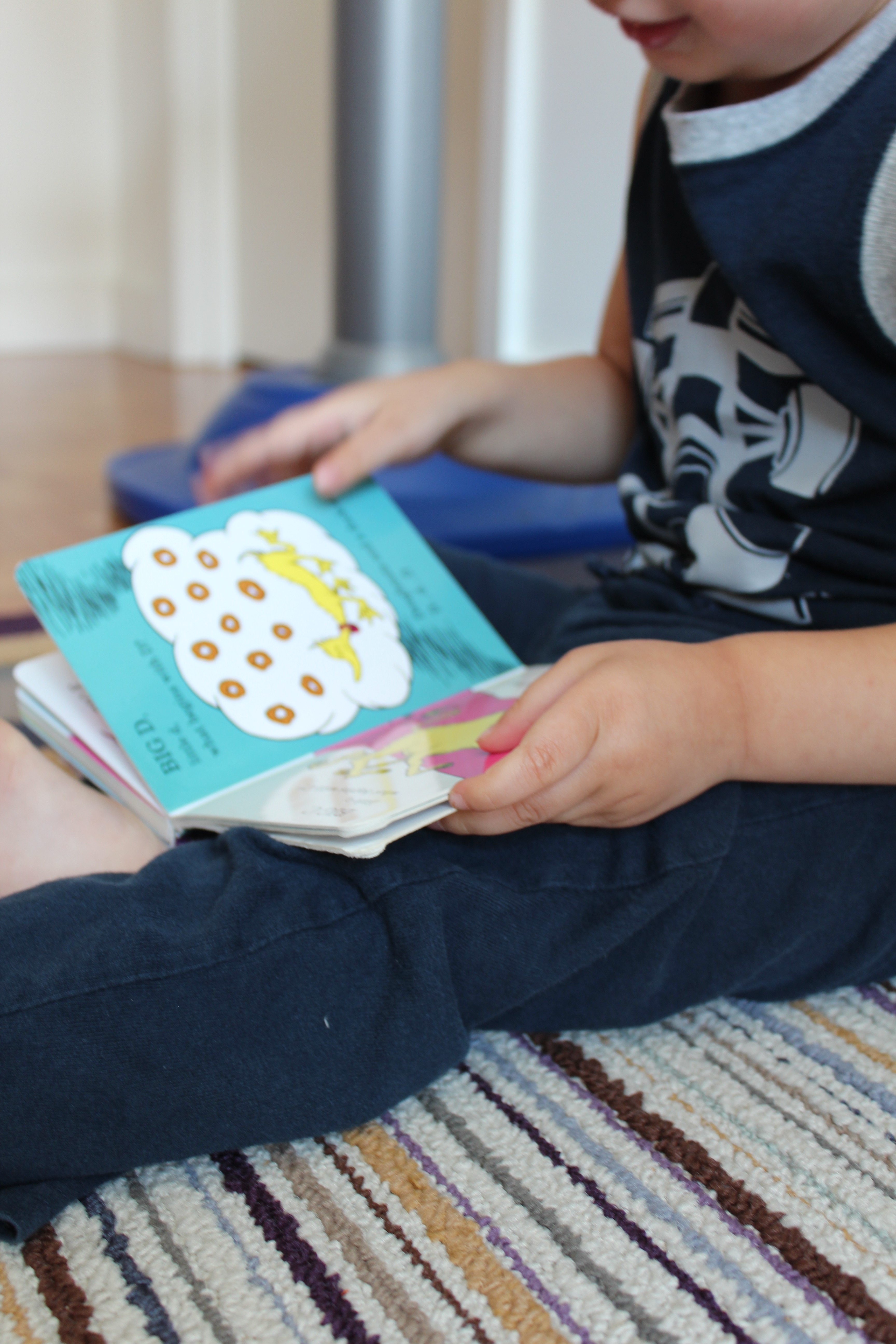 Awhile ago, an evil 'Facebook memories' post popped up in my feed. In it, I'd bragged about Harry and how, at 5 or 6 months old, he had said his first word: Mama.

Like many, I kept a meticulous list of all the boys' first words for their baby books (first 100 words, actually), gleefully jotting down every echo and scripted non-sequitur. How cute is it that Luke's 30th word is 'cloak'? I remember thinking as I updated my txt file one evening.

At 24 months, when the kids' pediatrician asked how many words they had, I was praised for keeping records and told the boys were hitting their milestones early. Words like "gifted" and "advanced" were said. I began to read blog posts about how to get into New York's exclusive G&T kindergarten programs.

To be fair to Past Me, I’m positive that the parents of typically developing children are just as adorably clueless—just lacking in the learning opportunity that developmental disability provides. "She said Dada! #5months" A friend brags now, and I dutifully like the post, type, "Hooray, Isabella! You go, baby girl!" but think, Nope.

I just know better now. There is a universe of difference between echoing or scripting and using language functionally.

Harry, who has echolalia1, would echo my Mama! as I swooned like a fool. But it wasn't until this past fall, almost three years later, after months of discrete trials with homemade flashcards practicing expressive and receptive ID of family members that he and Luke finally made the connection that Mama is, like, my name or something.

And we're still not all the way there. Harry's almost three-and-a-half and he has never once called for me by name. He only says my name when prompted to do so (Who's that?), or to complete a memorized social interaction (like a greeting). Luke called out for me, spontaneously, for the first time in January, when I was on my way to meet friends for a rare dinner out. It reduced me to a puddle of tears in an elevator with kind but bemused strangers.

Luke scripts2 and has very poor articulation and a sometimes whisper-soft voice. He was, however, a fierce babbler. And looking back maybe I should have understood that Luke babbling ba-ba, da-da, ma-ma, was just that—babbling. He was no more saying Mama than he was yearning for a non-existent father in his two-mom family by practicing the sounds of da-da.

A book that I used to help the boys learn our names was "Dr. Seuss's ABC." It also, conveniently, taught Harry and Luke most of their letter sounds a bit early (a nice bonus). Sometimes I would catch Harry practicing his letter sounds with it on his own and it made me ridiculously happy.

The board book is an abridged version of the original, but for an attention-span challenged preschooler, that's a good thing. (Some of Dr. Seuss's books are actually weirdly long for preschool aged readers. Try reading "One Fish, Two Fish, Red Fish, Blue Fish" aloud and you'll see what I mean.)

The book takes you through the alphabet, and both capital and lower-case letters are presented. The reader is asked: "BIG A, little a, what begins with A?" Examples are given: "Aunt Annie's alligator." And the letter sound is demonstrated: "A... a... A."3

As with all Dr. Seuss books, some of the examples are pure nonsense (which I have mixed feelings about), but everything rhymes beautifully, has perfect rhythm, and fun illustrations.

The form of the book allows for some free-form parental editing. For instance, the way I used the book was to tack "Harry" on to H, "Luke" on to L, and "Mama" and "Mommy" on to M at the end of the list of examples. So, I would read: BIG H, little h, what begins with H? Hungry horse. Hen in hat... and Harry! [and prompt everyone to point to Harry] H... h... H. It shocked me how well this worked. And I really think it was a big factor in generalizing4 the kids' family ID ABA program to a more natural setting.

What we love about this book:

1. Autism Speaks glossary entry for 'echolalia': "Echolalia is the repetition of words, phrases, intonation, or sounds of the speech of others. Children with ASD often display echolalia in the process of learning to talk. Immediate echolalia is the exact repetition of someone else's speech, immediately or soon after the child hears it. Delayed echolalia may occur several minutes, hours, days, or even weeks or years after the original speech was heard... Echolalia was once thought to be non-functional, but is now understood to often serve a communicative or regulatory purpose for the child." www.autismspeaks.org/what-autism/video-glossary/glossary-terms(retrieved 9/5/15) ↩

2. 'Scripting' is a speech pathology term, and it refers to 'movie scripting' as far as I can tell, but among behaviorists it is also known as "noninteractive" delayed echolalia.
www.iidc.indiana.edu/pages/Functional-Categories-of-Delayed-Echolalia ↩

3. Remember to sound out the letters; don't just label them! Not only is it more educational that way, but I've seen many fail to grasp this, and it gets really awkward when you get to "K... k... K." ↩

4. Generalization is such an important part of autism education. Kids need to learn to generalize across time, setting, and stimuli. It's not useful if Harry can only identify me as 'Mama' when one of his therapists holds up a picture of me and asks "Who's this?" Families and ABA therapists have to think collaboratively about how to build generalization into individualized education for each child. I found a helpful article on Autism Ontario's website that speaks more on this topic: "Ideas for Promoting Generalization of Social Skills" ↩